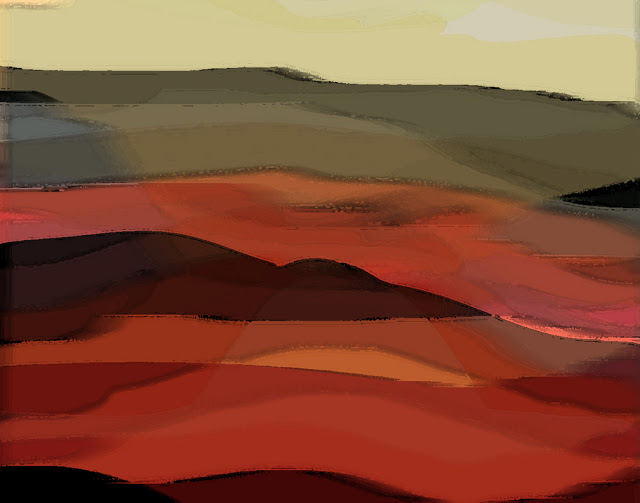 I don’t know why we relate to God differently, which is apparent when we think and speak of Him

Posted by Jason Cooper at 12:38 PM No comments:

A Whole, of parts

When we run like the Godhead we work jointly, collaboratively, in unison-
We are self-giving, vulnerable, understanding and thriving in ourselves to ourselves

If hell is to be isolated from our pure, whole selves, then redemption adjoins us to ourselves

Like the communal God we are a whole, of parts

Posted by Jason Cooper at 3:00 PM No comments:

A man comes home from work and kicks his dog because it’s in his way. But the dog was not the problem. The things we appear to be upset by are not the roots of our frustration. They are the branches- the manifestations of deep and unconscious seething that comes from the fundamental limitations that come from being human. So, anger and frustration are not aberrations prompted by a sudden events, but indications of extensive and underlying irritations from arise from being human.

We curse a broken zipper on our winter coat like it is the source of our angst, but it’s just a scapegoat for these deep-seated, ever-present resentments:

Those frustrations lurk in us. So, we simmer. Maybe we should. It seems like an outrage that we bear all the inadequacies that come from being human, which we didn’t choose to be.

If every atom was under our control. If traffic and dishwashers obeyed us. If we were perfectly safe from every type of harm and pain. If the fruit of our labor was felt and tangible. If we were never disappointed and always felt perfectly loved. If we had never heard of death. If we weren’t human, we wouldn’t be so inclined to curse our zippers and kick our dogs.

Posted by Jason Cooper at 7:20 AM No comments:

Our son is thrilled when he sees a dump truck on the road. I’m not. To me it’s big, dangerous and ugly. I’d rather everyone drive a Smart Car. I’d sleep better.
Kids are impressed with things that grown-ups have grown out of. Adults think kids are silly and that their perspective will eventually come around when they grow into their right minds. Kids don’t live reality yet. They will learn the cute tiger would eat their leg and rain can wash houses away. But right now tigers are for petting and torrential rains are for umbrella parties.
As an adult your enthusiasm is tempered by reality, familiarity and potential danger everywhere. So, we are sober. We don’t sprint down the hall yelling, “Chomp, chomp, chomp!” after we put on our dinosaur pajamas. We’ve put on our pajamas 8,000 times. Dinosaurs are extinct. They aren’t coming back. People have slipped and broken their arm running down the hall.
But I wonder if our kids look at me and think I don’t live in reality. Maybe they hope I grow into my right mind one day- that I will take the joy that is there. Maybe they think I’m the one not living in reality when I freak out over spilled milk. Maybe they think I'm not living in reality when I’m not amazed enough by God’s grace to put on my pajamas, sprint down the hall and yell “Plaid, plaid, plaid!”

Posted by Jason Cooper at 7:55 AM No comments:

I walked by the TV at work and saw the face of a woman having one of the worst days of her life. She was at the bar in Thousand Oaks, California, where a gunman killed 12 people. I felt removed from the story. We see these scenes so often, I looked away from her, like it was a golf highlight. I thought “What can I do? What form should my care take?"

It is toxic to pay too much attention to things like this. It breeds anxiety. Plus, we were not given the capacity to be moved by every tragedy in the world everyday. If we felt the proper weight of every horrific event we would be under a billion pounds unable to move.

But it seems inhumane and detached to not be moved at all- to look away like a golf highlight. We weren’t made to be numb to other’s suffering- even if they are thousands of miles away. We are empathetic creatures. Our empathy often spurs action too. So, we should be moved and not just look away numb. But how much?

Maybe we should follow in God’s footsteps. God is moved a tremendous amount- however far it is from Godhead to human embryo. God weeps with and for us. But only God can not moderate his news intake without going berserk, or inert. Unlike God, we weren’t built to be aware of every news detail we have access to. Unlike God, we are in time, and with our lifespans we can’t afford to constantly properly mourn.

I saw a woman in California having the worst day of her life on TV, in front of millions of viewers. (Which may be wrong in itself.) What form should our care take? Maybe empathize for 60 seconds, because the next bad news is one minute away. Then, say a quick prayer that every weapon would turn into a blueberry muffin.


Posted by Jason Cooper at 1:41 PM No comments: 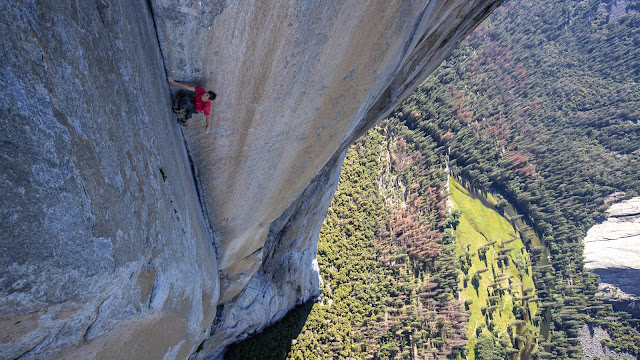 What Alex Honnold did is as impressive as the resurrection and we can see a documentary on it- Free Solo is in theatres now! I’m a salesman!
I’ll buy your ticket. If you need to go to a matinee I’ll go to your office and work the afternoon for you. If your driver’s license is suspended I’ll pick you up and drive you to the theatre. If you live in Canada and the closest theatre is 12 hours away I’ll pay for your gas and lodging.
On June 3, 2017, Honnold became the first person to climb El Capitan in Yosemite National Park, by himself, with no ropes, no harnesses and no protective equipment. That is called free soloing. A free soloist shuns aid. They don’t want or need help. Help would defeat the purpose of them conquering something mono e mono.
El Cap is a 3,000-foot vertical rock face and Honnold climbed it in 3 hours and 56 minutes.
When my wife and I visited Yosemite National Park in 2012 we hiked to the base of El Cap. We looked straight up and almost fell over. It was dizzying.
I put my body against El Cap and reached for finger holds and footholds, but there were none because it was like drywall. I would have a better chance lassoing Jupiter with a dishtowel in our driveway than free soloing El Cap.
Honnold’s climb is one of the most impressive human feats ever.
You want to know how impossible it is? Try climbing air. Backwards. After three glasses of wine.
Many human feats that used to seem like something, it turns out, were nothing. Walking on the moon is like eating a bowl of Cheerios. Pulling an airplane with you ear is like changing a baby’s diaper. Eating 74 hot dogs in ten minutes is like mowing the lawn. Jesus summiting death is the only thing that can compare.
Honnold’s feat required perfection. One wrong grip, one errant weight shift meant death. Free soloing El Cap is like making 200,000 three-pointers in a row in basketball. It’s like pitching 800 consecutive perfect innings in baseball. Every equivalent in any sport is so outlandish, and statistically impossible, it’s laughable.
The documentary is intense. One of Honnold’s videographers couldn’t even watch and he was in charge of the camera. It was intense because I was waiting to see if he- if we- were going to be able to do it.
This is something we, the human race, did. It was not just something Alex Honnold did. We stumble on curbs and pick our noses, but look at what we did in Honnold.
Ironically, humanity climbs with free soloists.

Posted by Jason Cooper at 4:30 PM No comments: